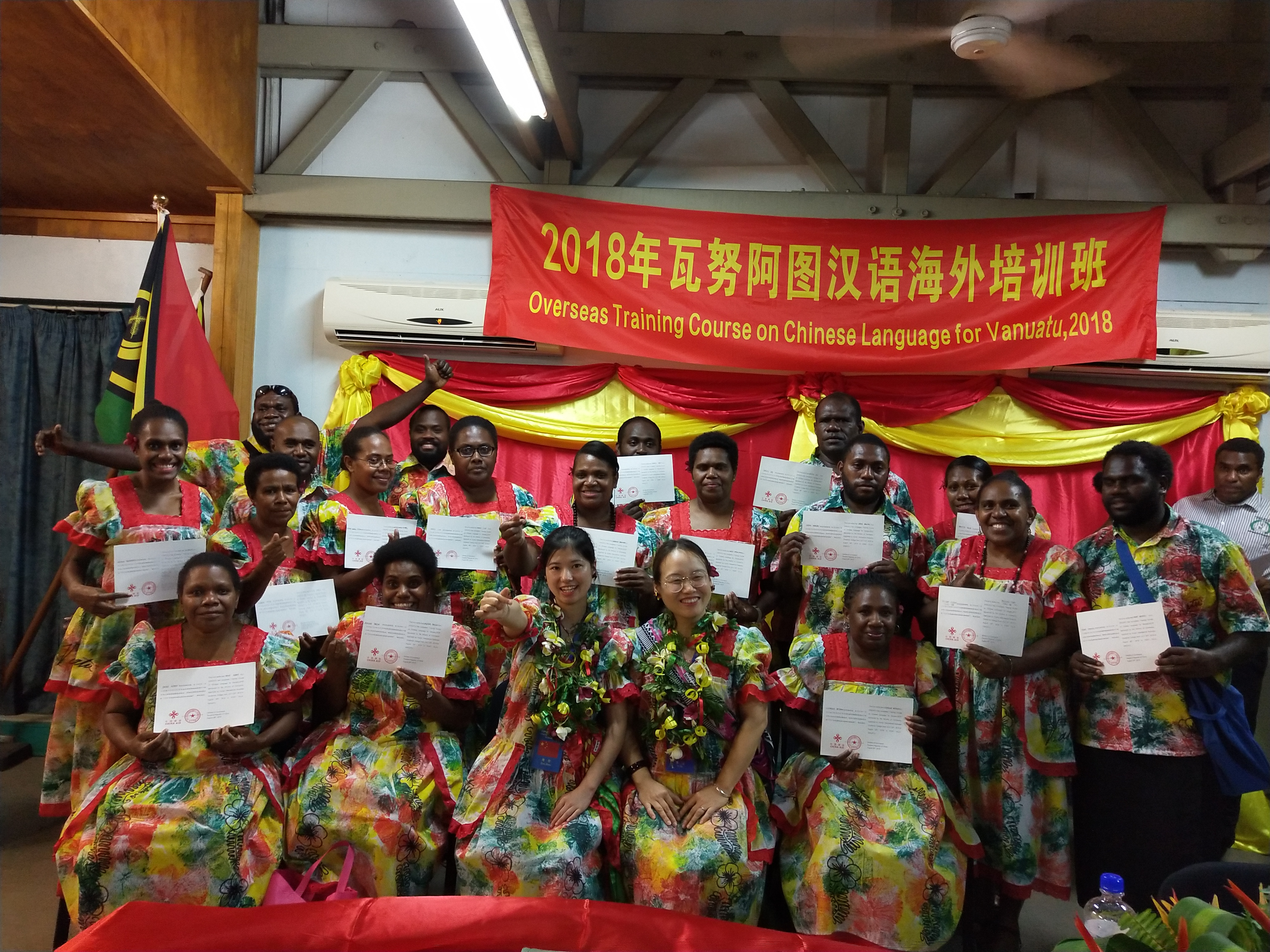 The ministry of Lands and Natural Resource officer’s had attended one month, the first chanies course training in Vanuatu, 1st August to the 28th of August 2018.

The ministry of Lands officers had registered under class 1 which was facilitated at the VIPAM conference room and was consist of 23 participants all together that had been allocated from other various Government Ministers.

Introduction of the training by Li Laoshi & Zhou Laoshi from HUNAN Vocational College – China was delivered at the 1st week of the training, followed by Chinese numbers Pronunciation the 2nd week, Office names in Chinese Mandarin, including Restaurant, shops etc...... from the 3rd week and practicing Mandarin Chinese conversation with Chinese shop owners in Port vila at the final week of the training, before their graduation.

“lands offers had admitted that they were willing to expand their knowledge in Chinese Language training if the next class started for next level”, they says.

Purposes of attending the training is because, to excel civil workers in capacity development concerning the aspects of foreign language and culture. This training will become very useful in communicating to Chinese clients/colleagues on a daily basis especially regarding office work matters, enhance involvement of the Vanuatu tourism sector in China and elsewhere, increase chances of further studies in China and also pave ways for employment in any relevant Chinese owned and multi-cultural, international organisations and to promote cooperation between Vanuatu Government and the People’s Republic of China.