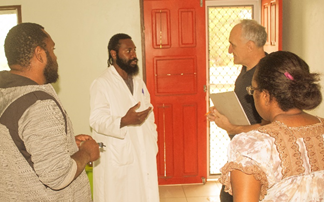 The Commonwealth Standards Network (CSN) project is a trade facilitation initiative announced by the UK’s Prime Minister at the Commonwealth Business Forum Meeting in April 2018. The CSN is funded by the UK Department for International Development (DFID) and implemented by the British Standards Institution (BSI).

The project aims to deliver transformational change by utilising the Commonwealth’s shared values, languages and institutions, to increase the export potential of the Commonwealth’s least developing economies whilst boosting intra-Commonwealth Trade. The greater wide scale use of international standards will increase the opportunity for companies to export to markets that use the same standards.

Key activities of the Commonwealth Standards Network include:

“Independent research in 2015 found that 41% of SMEs and 36% of large companies in the UK are more likely to export if they use industry standards.

The launch of the Commonwealth Standards Network will strengthen the economic performance of the [Commonwealth] member states through closer cooperation in the use of international standards, which increase competitiveness, support social responsibility and provide a ‘passport to trade’.

We want to help companies throughout the Commonwealth to become more competitive and economically successful. Using standards brings growth.”

Mr. Alain Peyre, from the CSN was accompanied by Mrs. Beverly Marango of the Bureau of Standards here in Vanuatu, visited DOWR and Geology and Mines lab to gather information on their status.

Visits such as this one are planned to be conducted in all Government sanctioned laboratories to identify what resources are available and what are not, machines available or are lacking thereof, tests being conducted, materials existing, procedures followed, the number of lab assigned technicians, and what areas that the project can provide training to officers to fill in these gaps.

Setting up a national network comprising of each Government Laboratories will be very beneficial for the Government for a number of reasons including having better coherency in operations, equipment order in bulk package deals and test assistance between labs.